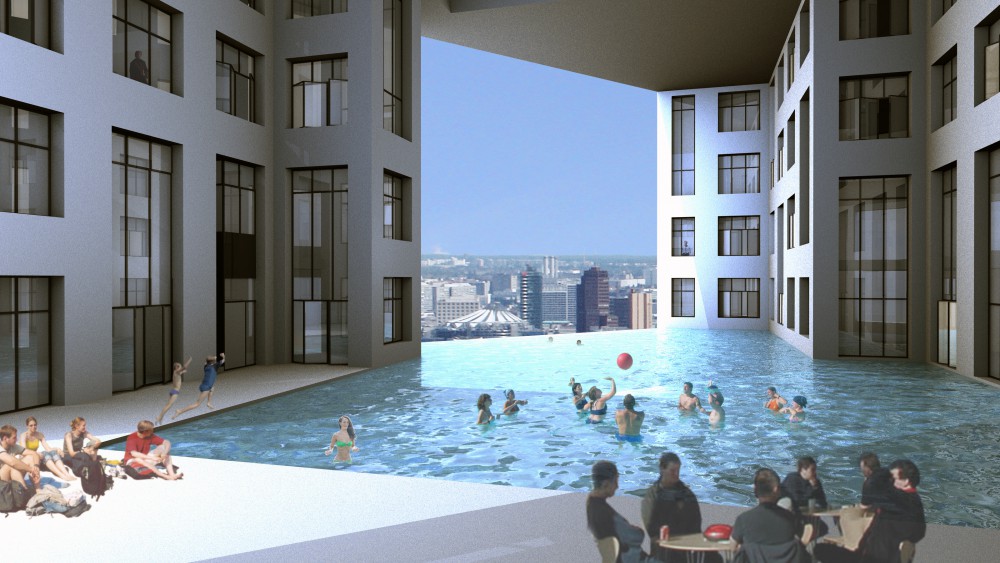 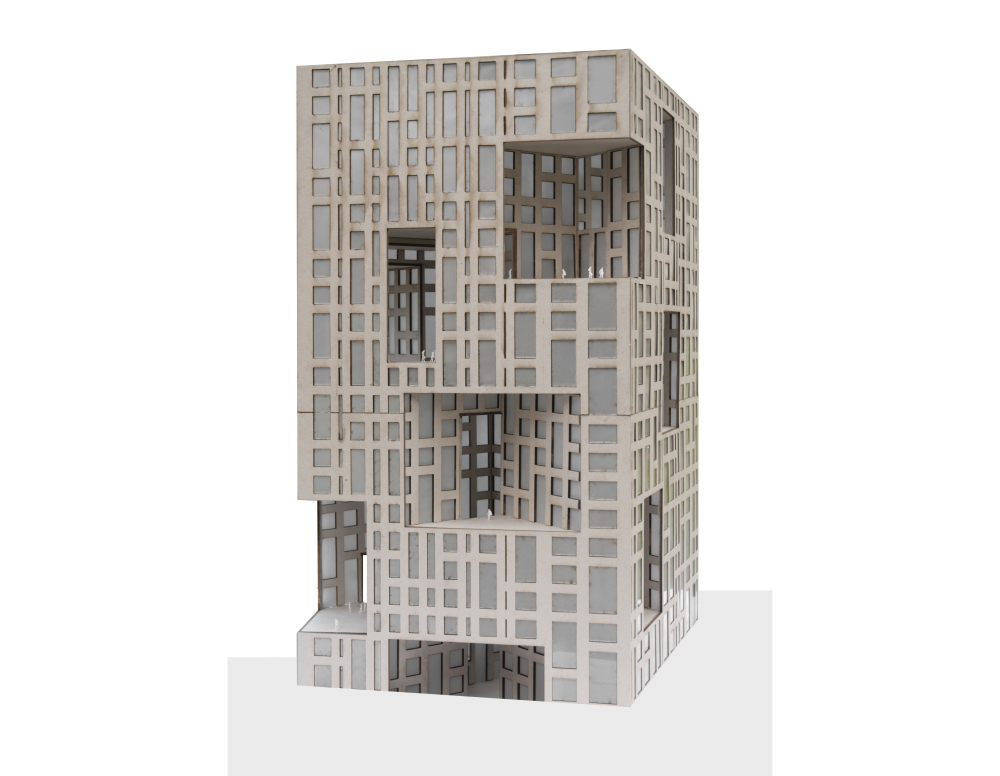 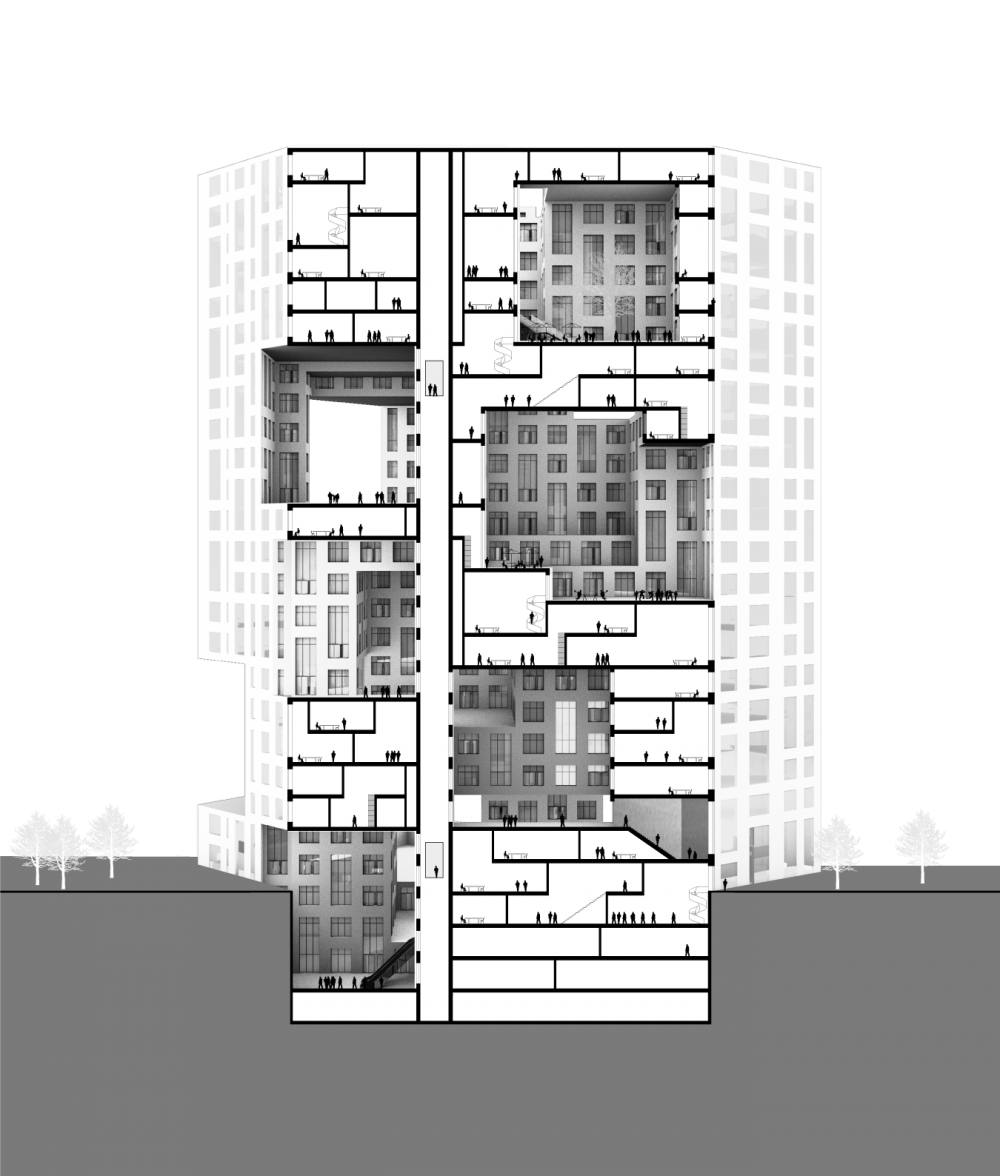 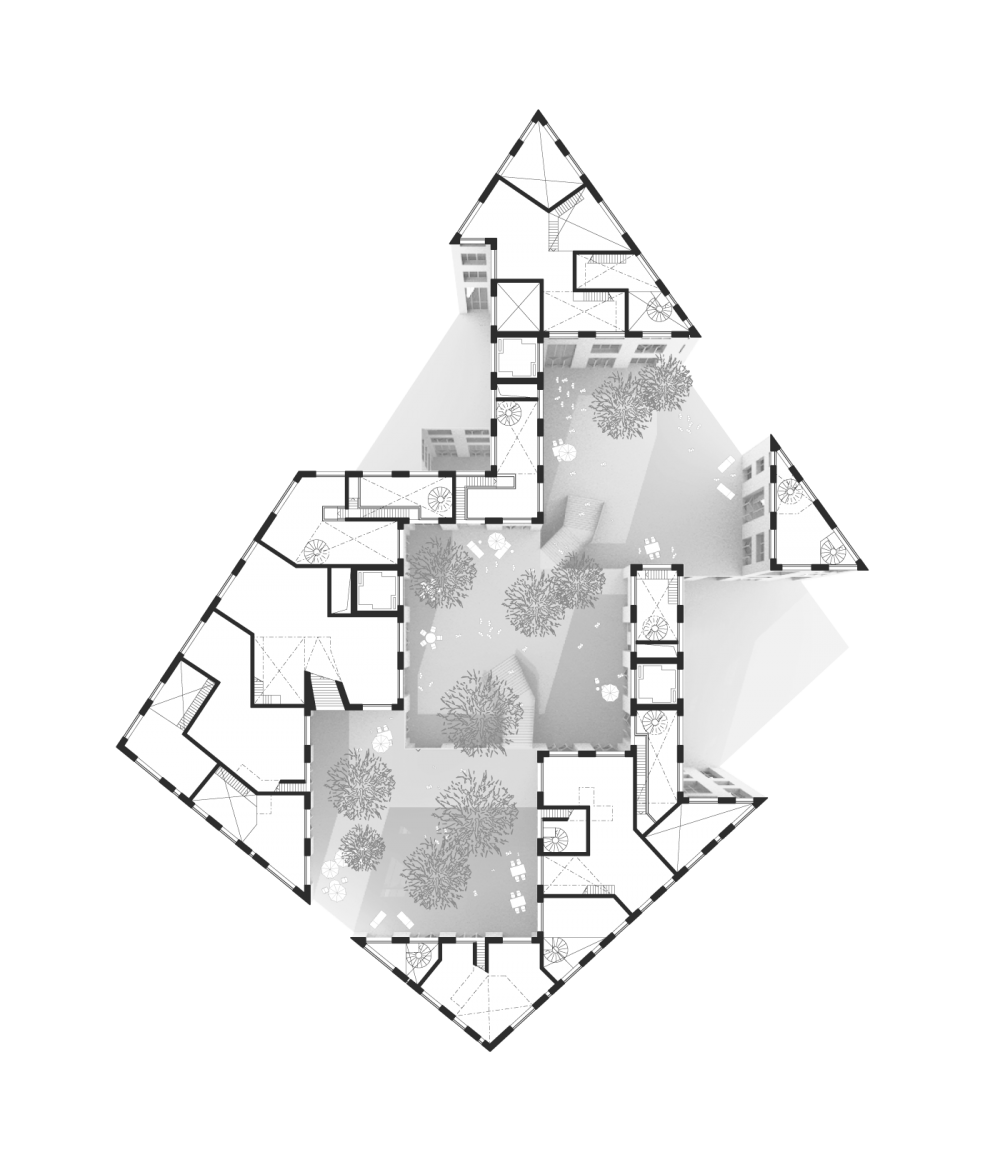 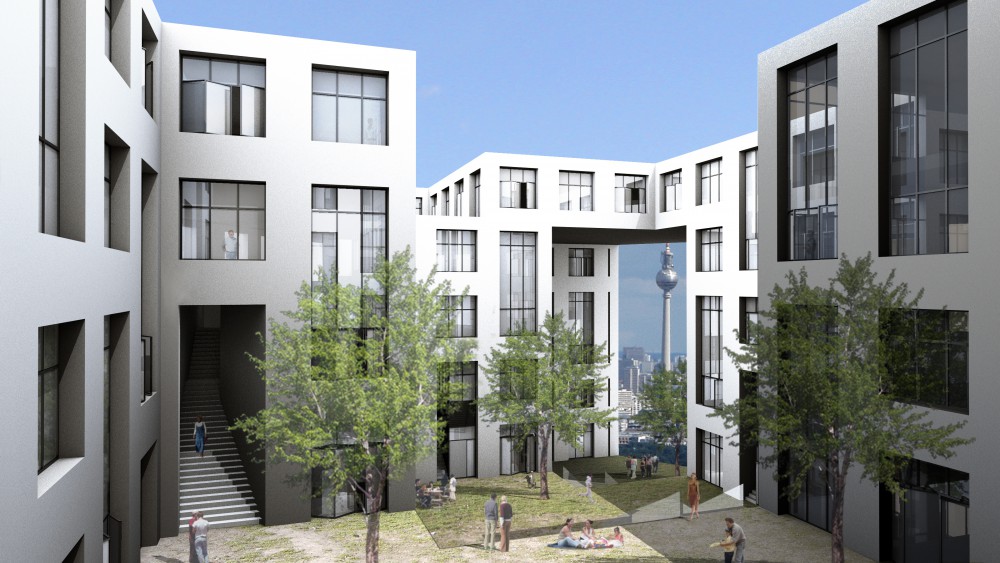 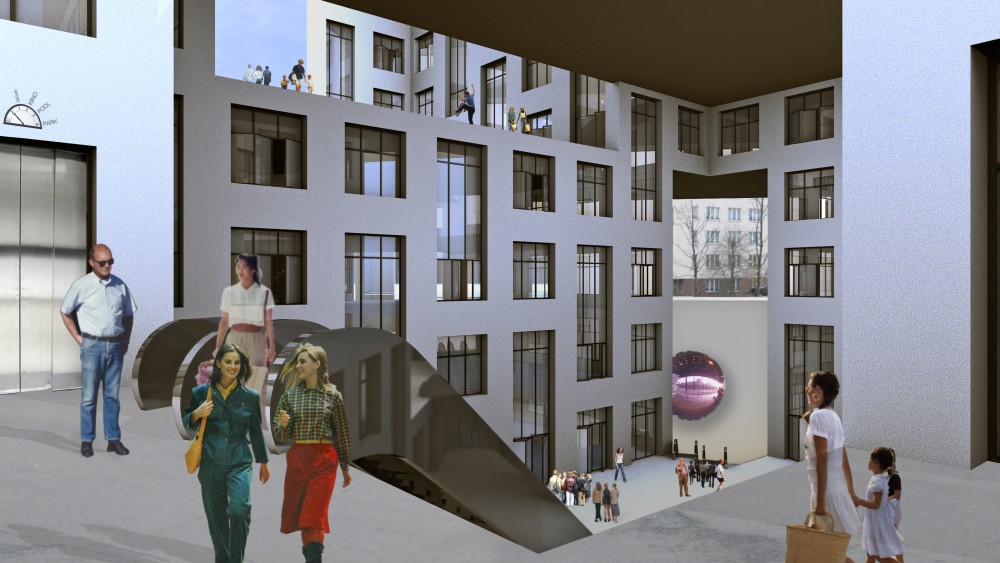 Starting with a research about the Berlin Block the question arose how to transfer the qualities of the typology into the third dimension and, thus, strengthen them in the process. Thinking of the site as an endless mass filled with voids, the Berlin courtyards, we developed a new housing typology in Berlin Mitte. A system of ‘subways’ connects the housing courtyards and their specific public functions vertically, like plazas within a city. The apartments all have a ground level entrance to one of the courts, hereby making a secondary circulation system oblivious. The multi-orientation of the different apartments towards several voids and their functions and, also, towards the facade generates unique qualities. Imagine, you’re living on the ground floor next to the park, while looking over the sports court from your 5th floor apartment, while enjoying the view over Berlin downtown from your 22nd floor window.